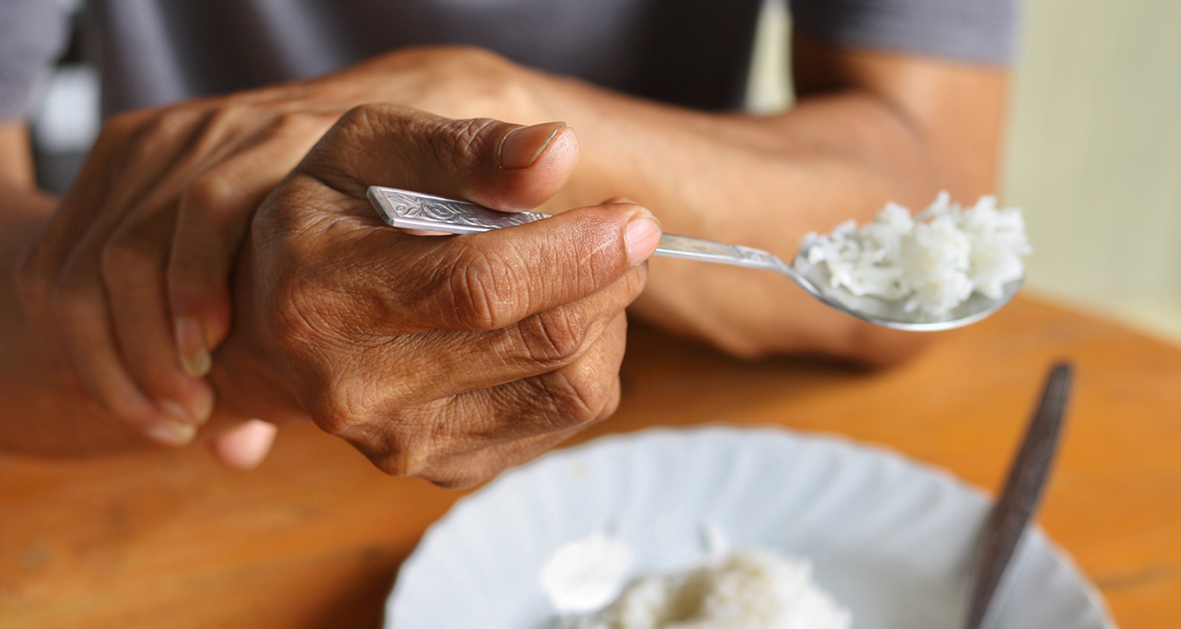 Parkinson's disease (PD) is a degenerative disorder of the body's central nervous system, specifically a loss of nerve cells in the part of the brain called the substantia nigra. The condition causes these dopamine-producing cells in this part of the brain to malfunction: the lack of dopamine interferes with the coordination and control of body movements and produces the three classic symptoms of PD. These are tremor, muscle stiffness (rigidity) which can result in painful muscle cramps (dystonia), and a slowness of movement (bradykinesia).  Other physical symptoms can include balance problems and nerve pain.

The cause of PD is not yet fully understood but current research suggests that is a complex combination of genetic and environmental factors. In the UK, it is estimated that around 145,000 people are living with PD. With around 18,000 new cases being diagnosed every year, PD is the world's fastest-growing neurological condition. Though PD is more prevalent among older people it can affect people under the age of 40 as well and is slightly more common in men than in women.

World Parkinson's Day is an annual event aimed at raising awareness about PD and generating much-needed research funds. The date of the event, 11th April was chosen because it was the day on which James Parkinson was born.

Though there is currently no cure for PD, a number of treatment and therapy options are available to help people with the condition manage their symptoms. These options include medication, exercise, therapies (including physiotherapy, occupational therapy and speech and language therapy), and the wearing of custom-made sensory dynamic compression garments. These garments, called Sensory Dynamic Orthosis (SDO®) manufactured by Jobskin®, can help to reduce tremor and improve coordination, and also help to recruit muscles for activity.

You can find out more about World Parkinson's Day, along with lots of other information and support, at the website of UK Parkinsons, the national charity for PD. You can also find out more about SDO® garments on Jobskin’s website here: https://­www.­jobskin.­co.­uk/­dynamic-compression or by emailing clinics@jobskin.co.uk.